Jon Jones the fighter of the year at MMA Awards 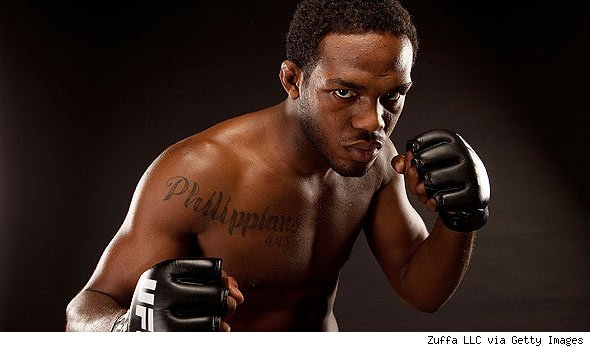 This Thursday the Oscar of the mixed martial arts world, the MMA Awards, were held in Las Vegas, and Jon Jones met expectations by winning the statue for best fighter of the year. Check out the other winners:

Media Outlet of the Year
“Inside MMA” on HDNet, MMAFighting.com, “MMA Live” on ESPN, MMAjunkie.com and Sherdog.com

Knockout of the Year
Patricky “Pitbull” Freire against Toby Imada at Bellator 39, Cheick Kongo against Pat Barry at UFC Live 5, John Makdessi against Kyle Watson at UFC 129, Lyoto Machida against Randy Couture at UFC 129, and Anderson Silva against Vitor Belfort at UFC 126

Fight of the Year
José Aldo against Mark Hominick at UFC 129, Dominick Cruz against Urijah Faber at UFC 132, Frankie Edgar against Gray Maynard at UFC 125, Nick Diaz against Paul Daley at “Strikeforce: Diaz vs. Daley”, and Diego Sanchez against Martin Kampmann at UFC Live 3