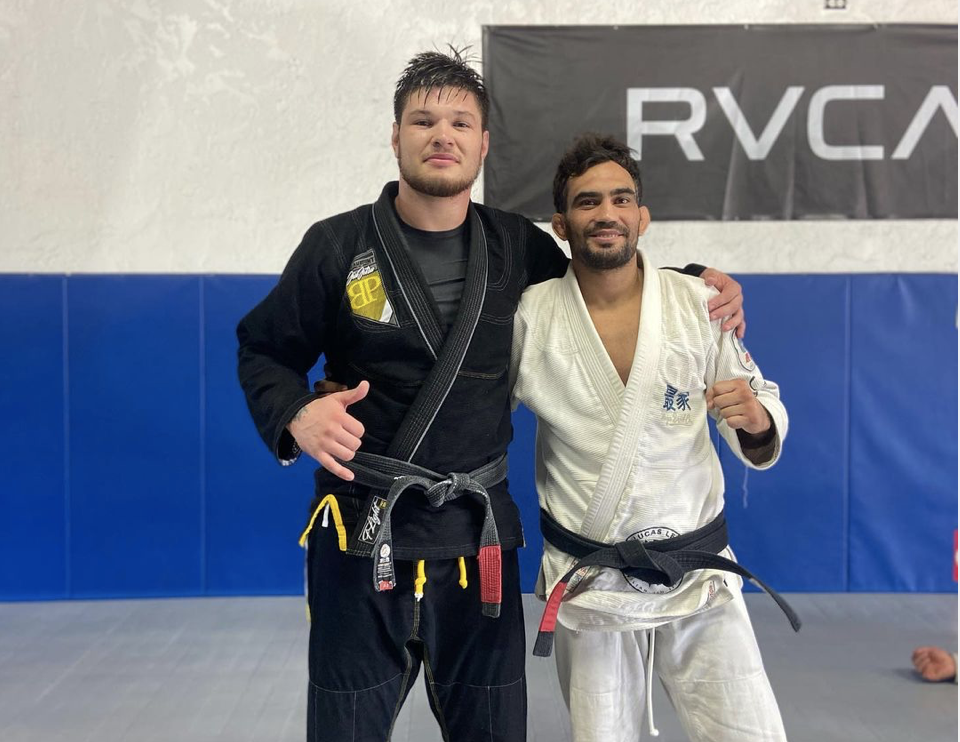 The career of the young athlete Jackson Douglas, 26, is gearing up to fly higher than ever before. Having just stepped into the elite of the sport, he’s been taking on a greater load of training at Checkmat’s headquarters in California, under the guidance of his teacher, Lucas Leite.

A black-belt for just four months, Jackson has competed only once, but has notched wins against Leonardo Davila, Kennedy Maciel and Estevan Garci, plus a bronze medal at the American No-Gi Nationals, one of the few tournaments held by the IBJJF in 2020.

“I’ve competed very little as a black-belt, but I’ve already been able to notice what the level is like in the sport’s elite championships,” he said in a recent interview. “You may be winning for a good chunk of the time, but because of an oversight, you may end up losing and keep going over how that happened. I noticed I need to be in constant movement during the fight or finish as soon as a good opportunity appears. The chances for finishing are reduced in the elite environment of the black belt.”

He added: “It’s quite gratifying to be able to be living my dream, and I can’t wait to win some big titles, just like I did in the previous belts. I learn a lot from my teacher Lucas, and he teaches me what I need to do to reach the top.”

Jackson’s career in the colored belts yielded gold medals from the Brazilian Nationals, American Nationals, South American and a multitude of IBJJF Opens. Most noteworthy are the silver and bronze medals he won at the Pan, No-Gi Pan and No-Gi Worlds.

“I like to compete and I have a life dedicated to that,” he said. “My journey in the brown and purple belts was marked by good performances, gold medals and lots of experience accumulated in order to shine also as a black-belt. I practice jiu-jitsu every day thinking about the victories I can have when the world returns to normal. I carry on with the surefire protocol for success, which is working hard every day.”

“Training here is very good,” he continued, “and the daily routine is on another level, to train with world champions. Also, there’s all the experience I absorb from Lucas Leite, Luiz Panza, Leozinho Vieira and the others.”

Jackson will fight again at the IBJJF’s Orlando Open and Arizona Open.