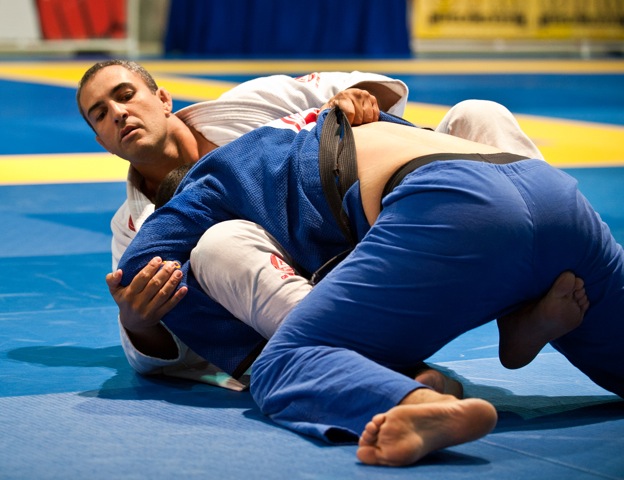 Amid the repercussions from the issue of white and blue gis at major Jiu-Jitsu tournaments, IBJJF director Marcelo Araujo sent in an email to shed light on the issue, putting the changes in simple terms:

“According to the new rules, which will enter into effect in 2012, the IBJJF requires that, in some championships, black belts have two gis with them – one blue and the other white. At first the changes will only apply to divisions to be broadcast on TV or over the internet.
“But, with exception to these competitions, navy blue and black gis will still be permitted.” The regulation change is meant to make things easier on the spectators and referees, mainly because using different colored gis has been proven to tire observers’ eyes out less.

To find out more about Jiu-Jitsu and its main championships, stay tuned to GRACIEMAG.com.