Hannette and Negão trying to collect 500kg of food 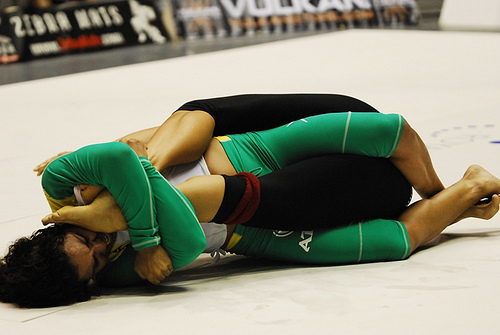 André “Negão” Terêncio and Hannette Staack called up GRACIEMAG.com to once again remind one and all of the food drive for the needy they will hold this Saturday, December 19, between 10 am and 1 pm at the Tijuca Athletic Association, in Rio de Janeiro.

Both would like to remind everyone of the noble cause of the meeting, at which they hope to collect 500kg of non-perishable foods for charities. However, to collect 500kg they would need 200 people and only 140 are signed up so far, meaning so far they fall short.

“To make the most of the success Hannette has had in her career lately and the large number of students we left behind here in Brazil, we are holding this event which is free and will be unforgettable,” André told GRACIEMAG.com.

Sign up. As Terêncio says, although places are limited, the get-together is free. All you need to do is take 2kg of non-perishable food.

For further information, write to contato@brazil021.com.