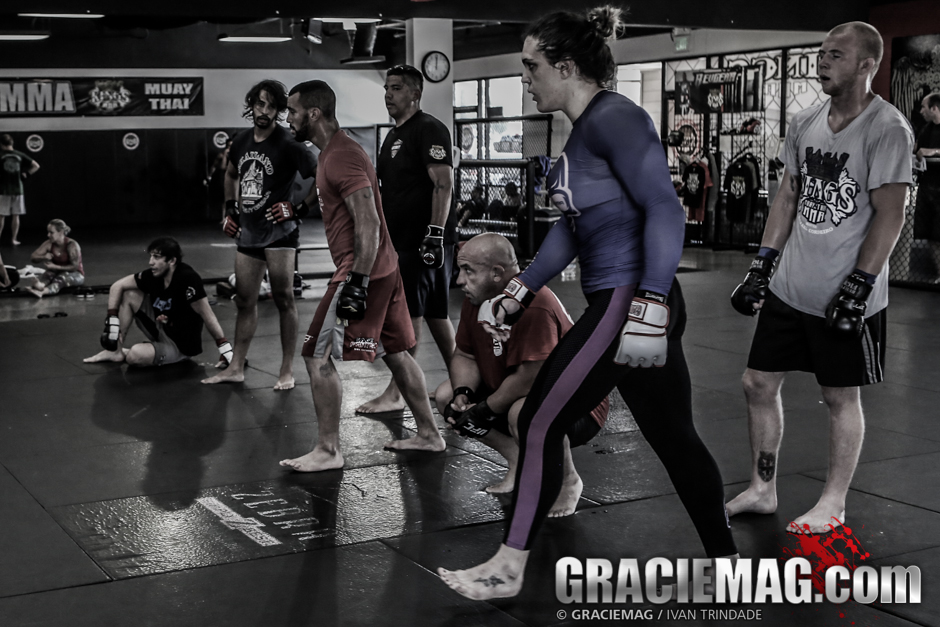 Gabi Garcia has finally an opponent in sight.

The Jiu-Jitsu black belt will debut in MMA against a Chinese judoka on a big event in Japan, at the end of 2015.

This is what she confirmed to GRACIEMAG in the morning of this Wednesday, July 15.

The new moment in the career already motivated a lot of changes in Gabi’s life.

She moved from São Paulo, Brazil, to Huntington Beach, CA, where she is living with her mother.

“She came to help me stay in the diet and also to help me deal with all those changes.”

She goes to Rafael Cordeiro’s Kings MMA to train striking, then she’s off to Cobrinha BJJ for her ground work and finally she joins the ranks of Jacob Harman’s Calvary Chapel wrestling camp.

“I’m going to change my ticket and go back to Brazil. I can’t take it anymore,” she jokes about the intensity of the training she’s been doing.

Before the MMA debut, Gabi has a commitment with grappling at the end of August, the 2015 ADCC.

“The MMA training is so hard that the other day when I went to train at Cobrinha’s it was like I was in heaven. It really takes a while to get used to get punched in the face.”

Gabi can’t give out the name of the organization she’s going to compete in MMA yet, but she guarantees it’s going to be a huge event.

She told GRACIEMAG she still does not know the name of the opponent, but she knows it’s a Chinese judoka.

“There are four other girls in my division. This first opponent is bigger than me!” says Gabi, who told us she will compete at the 93kg (205lb) division.

The post Gabi Garcia to debut in MMA next December in Japan against Chinese judoka first appeared on Graciemag.