Anyone who trains loves hearing about their favorite celebrity/musician/actor training jiu-jitsu.  It makes being a fan that much easier because jiu-jitsu is such a special sport and community.  I recently saw some posts about a band that I’ve listened to a bit called Nitro, an eighties hair/glam metal band known for its penchant for the extreme in music. They are also putting together a new album, and as part of their campaign to put this album together, they are offering some rewards on an Indiegogo page, some of which relate to their singer, Jim Gillette´s, passion for jiu-jitsu.

That’s right! The eighties hair metal singer not only has a high level voice, but he also has high level jiu jitsu.

Doing a bit of research on Gillette, it became clear that unlike some, jiu-jitsu isn’t a brief fad or hobby in which he has dabbled, but rather is a real part of his life.  He has won multiple IBJJF gold medals in his age and weight class, including medals at the world masters and no-gi worlds. 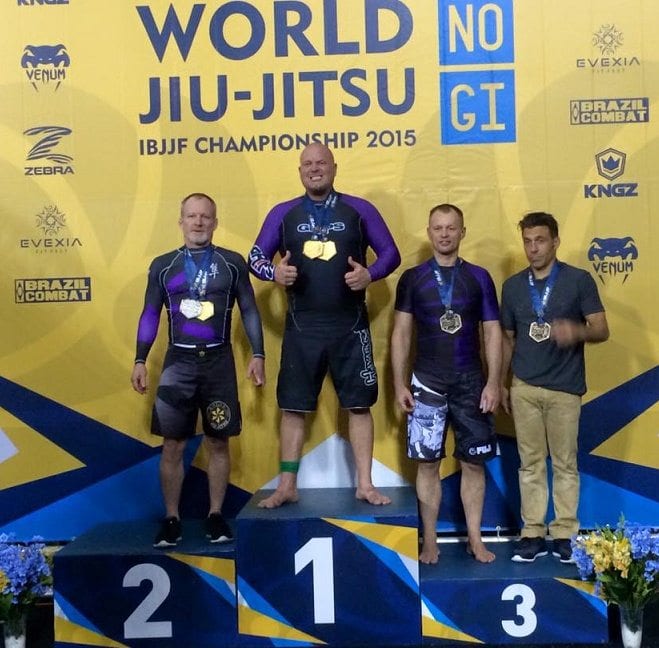 I reached out to Gillette to learn a bit about his jiu-jitsu experience as a rock star, as well as his experience as a man who is almost 50 years old training and competing in the gentle art.

For starters I was interested to learn how exactly a hair metal singer gets into the subtleties of strangulation and joint manipulation. 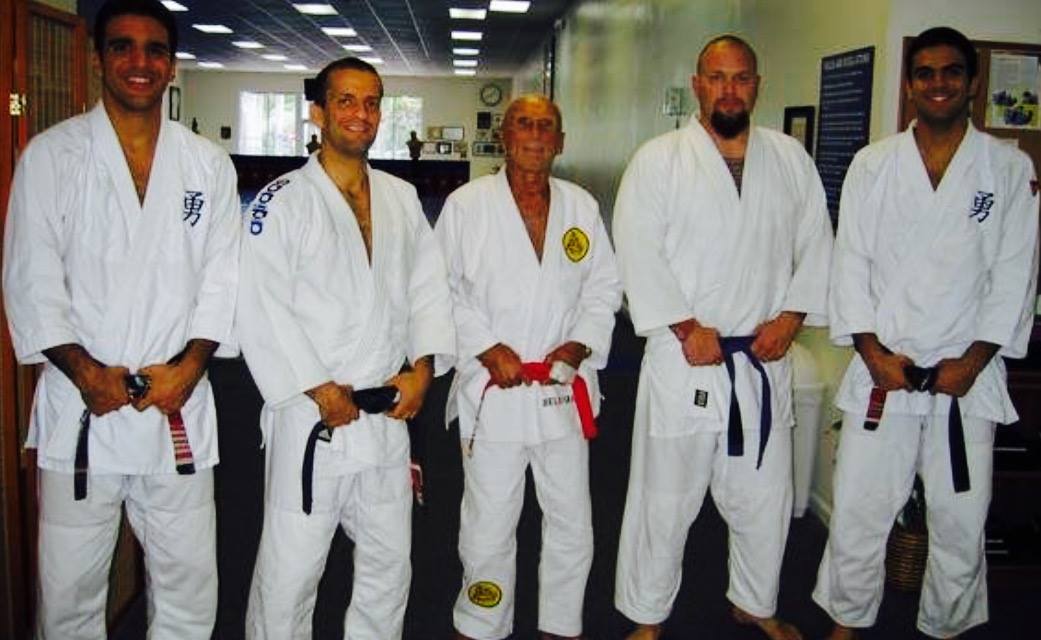 I wrestled for years as a kid.  Boxed for years as well and did Judo for a few years in my teens.  My current instructor is Pedro Valente.  I’ve been very fortunate to train with him and his brother’s Gui and Joaquin as well as his father – Grand Master Pedro Valente Sr.  I’ve also trained with Robert Drysdale, Wanderlei Silva, Ricardo Demente, Rafael Lovato Jr. and Sr., Leandro Lo, and Grand Master Helio Gracie – which was an unbelievable honor.

I was Pedro Valente’s assistant for years in Miami. He gave me my blue and purple belts. Traveling all over made it hard to progress so I was a purple belt for about 10 years.

I’ve won Gold at Master’s World’s (Masters 4) in gi and nogi – weight and absolute. Also same thing in SJJIF.  I’m planning on competing at NAGA World’s this year as a brown and expert division.

Whether or not you like his soaring vocals over the squeals of Michael Angelo Batio’s 4 necked guitars, it’s clear that Jim Gillette is as legit as they come in the world of jiu-jitsu rock stars.  Interestingly, in spite of his competition prowess Gillette’s focus has been on a more traditional, self-defense based jiu-jitsu style.

Surprises me that I can do as well as I’ve done as my style is not at all sport.  I don’t really know points, etc. I just try to submit.  For example, “advantage”….  I don’t try to almost pass or almost sweep, etc.  To see someone win by almost doing something isn’t really winning to me.  Sport to me is not being concerned with getting punched in the face while doing some cool moves…. My jiu-jitsu is no different with or without punches.  I know a lot of jiu-jitsu guys who start fighting say they have to severely modify their style because of punches.  The style I was taught is fighting based – not point based. 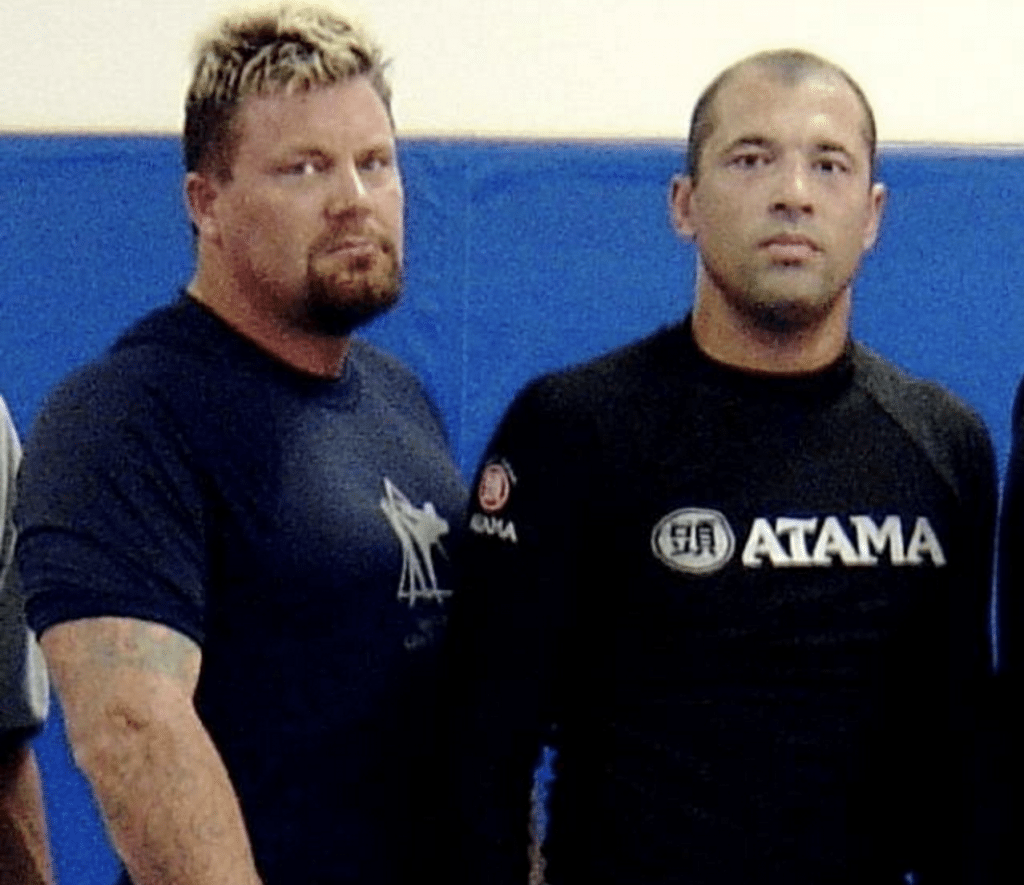 As often happens with devoted jiujiteiros Gillette’s love for jiu-jitsu and martial arts in general has also extended to his children. 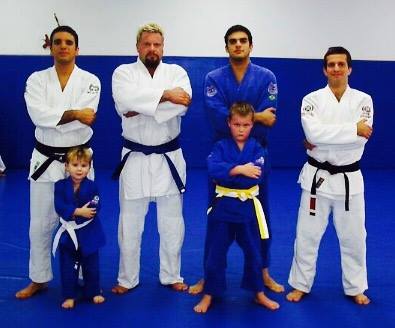 My son’s are quite a bit more new school than me (both musically and in jiu-jitsu…) Both my sons started very young. James was 5 – he’s 20 now and a purple belt under Drysdale, and Rocco was 2 – he’s 16.  They’ve trained their entire lives really. Jiu Jitsu with the Valentes and Gracies.  They’ve boxed with Howard Davis Jr. and then the Mayweathers, Judo with Jason Morris (3x Olympian). 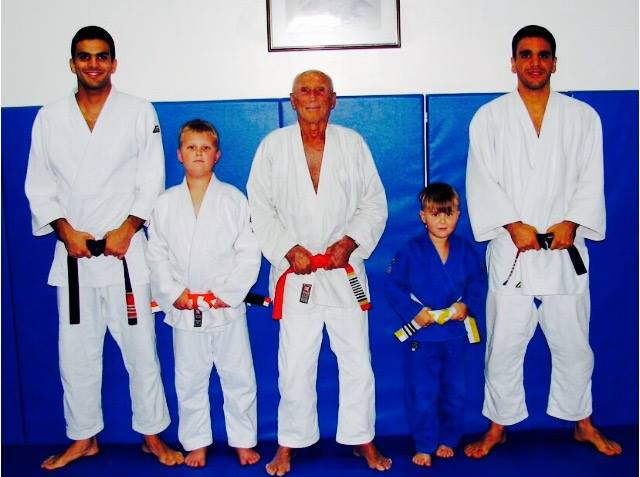 Of course, I was also interested to learn about how Gillette manages being a professional rock star while also being an upper echelon practitioner of such the labor and time intensive art of jiu-jitsu

Being into music again definitely takes some time away from the mats. Recording and getting ready for a tour made me miss this years Master’s Worlds.  Jiu-jitsu is a lifestyle for me and has been for 15 years.  I will teach the guys on the road and try to find people that can roll.  I like teaching self-defense and defense.  Those are what are close to my heart.  I think most people can learn and become proficient at defending themselves where becoming a champion takes a lot more dedication…  And it’s pretty cool when an older guy can roll for an hour with the young bucks and not get submitted!

Jiu-jitsu has affected the way I live for sure. My diet, my attitude, etc.  For me it is constant learning. Constantly trying to become more proficient at everything. It’s been a huge blessing in my life.

Jim Gillette had these closing thoughts and shout-outs

Shout out to The Valente Brother’s! They’re dedication to preserving the teachings of Grand Master Helio are second to none. They introduced me to an art that is a part of my family and always will be. The jiu-jitsu community is amazing. If you’re a jiu-jitsu guy – there’s a 99% chance that you’ll get along with another jiu-jitsu guy. Wonderful people and an amazing art. I’m grateful to have discovered it!

If you are interested in learning more about Nitro’s Indiegogo campaign for their upcoming album, you can check it out HERE