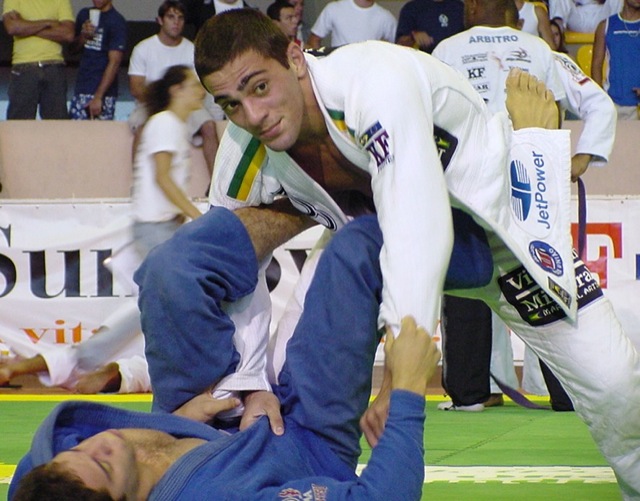 Black belt Eduardo Pessoa has been named as the competitor to represent Nova União in the lighter-weight group GP at Copa Pódio, a tournament with a top-notch lineup to take place December in Porto Alegre, Brazil.

While the names of Nova União reps Léo Santos and Marcelino Freitas had been thrown around, the spot ended up staying with a member of the same team, once the Sul Jiu-Jitsu representative awarded the berth pulled out for after announcing he would be unable to make weight.

Thus, the lighter-weight group GP card is complete and the organizers can turn their attention to the brackets lottery that will shape the course of the contest.

Official announcement of the brackets will be made November 10 at a banquet at Rio de Janeiro’s Tijuca Tennis Club.

The first batch of tickets is already on sale at shopping malls in Rio Grande do Sul state and over the internet. For all the information and the addresses of places where tickets can be found, visit www.jiujitsuesportivo.com.br.