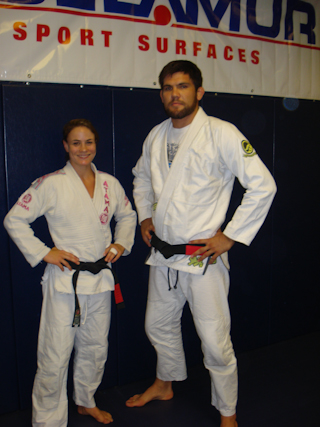 Following a huge year for GMA member school Drysdale Jiu Jitsu both on and off the mats, Robert and Sophia Drysdale will be heading back ‘down-under’ to host a series of seminars throughout Australia and New Zealand next month.

The seminars will include gi, no-gi and women’s-only sessions in Sophia’s native home, where she is recognized as the first Australian woman to receive a BJJ black belt.

Talking to iheartbjj.com about her return to training after pregnancy, Sophia has indicated a return to competition soon.

“Robert is very supportive and a great father and great coach. Luckily I have a dream baby and she allows me to train every day…I am preparing to compete in the No Gi World Championships. I was No Gi World Champion in the Brown/black belt division in 2009 – ideally I would like to reclaim my title, but we will see.”

For more info, go to robertdrysdale.Net