Demian on Anderson fight: “This is the best carnival of my life”

In a recent GRACIEMAG.com interview, Demian Maia said it would take some time before he’d get his shot at Anderson Silva in the UFC. The loss to Nate Marquardt would have perished the possibility. However, things change. Vitor Belfort’s injury opened up a berth in the title fight, to be held April 10 in Abu Dhabi. And Dana White called on the Jiu-Jitsu black belt to fill that berth.

“It couldn’t be any better! This is the best carnival of my life!” celebrates Demian.

“Excellent! It was just what I wanted, something I fought for my entire life. I’ve been preparing myself for this my whole life and to have this opportunity now is great,” he added. 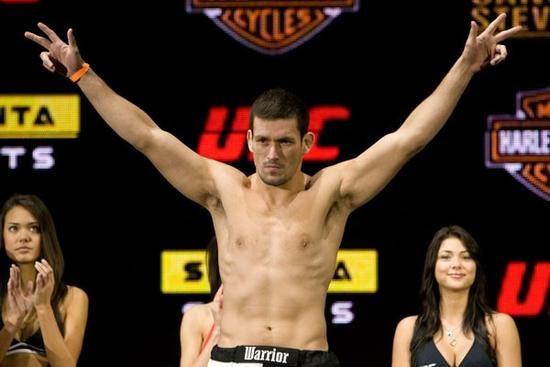 You just fought at UFC 109, on February 6. Can you possibly rest your body enough to fight again April 10?

This is the opportunity I can’t pass up. It may happen only once in my lifetime. It’s not the ideal amount of time, but, at the same time, it’s not bad. I’m coming off a fight and I’m not out of rhythm. I’ll rest this week until half way through next week. Then I’ll get back to training. That will be enough time for my body to rest, because generally that’s how long I rest, about 10 days. The difference is that, this time, I’ll have to pick up the pace a bit quicker than I plan to with four months of pre time.

What is your take on this opportunity against Anderson, probably the most important fight of your career?

I’ve had seven fights in the UFC, I’ve competed in countless Jiu-Jitsu championships and been in really difficult situations. I’ll keep doing what I do and try to be as perfect as possible, in training and in carrying myself. For sure this will be the most important fight, but each fight I go into is the most important. The last one was, the one I lost was, too, because they could lead me to the title. So it’s always important.

In the last fight, against Dan Miller, you changed the game and fought standing. Why that strategy?

It was really important, because I could test myself standing and see that it wasn’t just in training that I could fight like that. I managed to fight safely, controlling the distance safely. It was also really important to fight three rounds, which I hadn’t yet done in the UFC. It was worthwhile for the experience and I’m really happy because I felt safe standing, which I had never felt before. It was important in my evolution and was something I needed to do before challenging for the title. But I know I have much to improve on and many details to correct, for sure.

The crowd expected you to finish, mainly when you went to the ground…

I tried to finish, but it didn’t work. I was up against a black belt. He locked the game up on the ground and defended, but I didn’t in fact look to fight on the ground. I chose to fight standing.