Daniel Gracie is back at Gracie São Paulo

The event included the participation of over 400 practitioners from all the branches, as well as the co-sister Gracie Barra from the interior of São Paulo. And the party was even more outstanding with the return of the good son Daniel Simões Gracie. 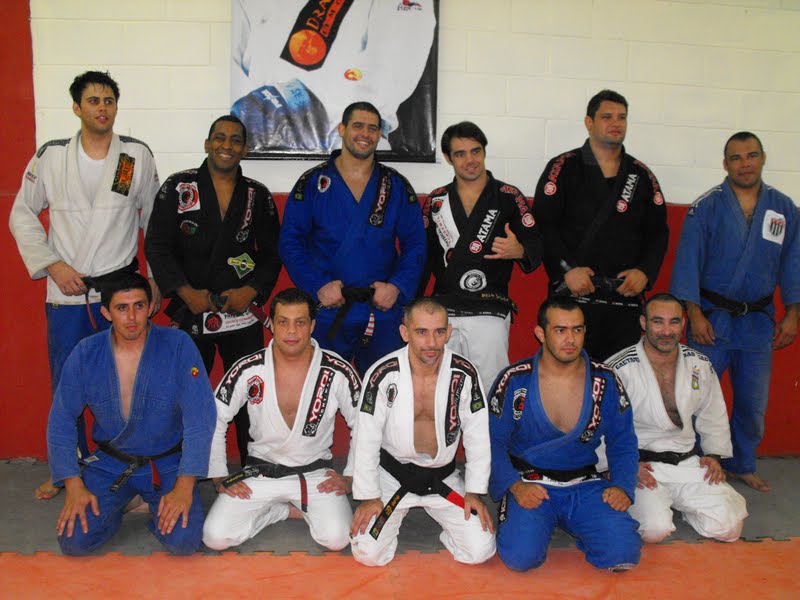 Daniel (in blue, standing) is back in São Paulo.

“This year we exceeded the number of competitors from the last edition. It was a very cool event, hotly disputed in all of the belts, from the young ruffians to the masters.” commented Professor Pitta Jr, the event coordinator.

“There were also fights in the open light and heavyweight black-belt classes, with cash purses. But Gabriel Vella at heavyweight and Diogo at lightweight didn’t make it easy and took the purse. But in a tournament like this one, what matters most in the end is not the result or the number of athletes, but instead the camaraderie and the unity that the party brings for the team,” said Pitta.

On the following day, also at the Pinheiros gymnasium, the team held its annual graduation, promoting athletes in all of the belts.

“The championship was very cool, with several students who sometimes didn’t fight in championships who were thrilled to compete in Inter Gracie, with the right to bring parents to watch the gang, and this is very good.” said the instructor Celsinho Venícius, the person who is technically responsible for the team.

“2009 really was a very cool year for our team, with excellent individual results in various competitions, both on the state and international level. And certainly 2010 will be much better. We are much better organized, and the athletes are more experienced. And it’s worth noting that Daniel, after a long season by Renzo’s side in New York, will be back to help with all this,” concluded Celso.