Over Twitter, Junior Cigano announced that he’s in the Brazilian state of Bahia and thus will not be in Rio de Janeiro for an autograph session accompanying the UFC DVD launch that yesterday his spokesman had informed GRACIEMAG.com he would be attending. But Mintoauro will be at FNAC at 7pm later today, so fans had best act quick to secure their spots. 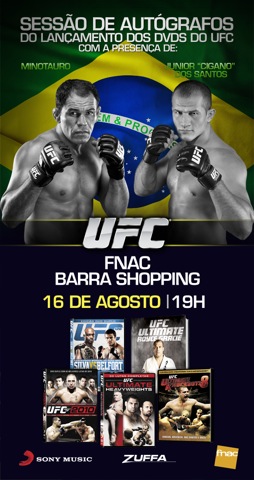