Our GMA member Joao Pedro Santos, leader of Choke BJJ, in Sweden and Denmark,  has some great news about his pupils.

“Some of our students took part in the Helsingborg Open of Brazilian Jiu-Jitsu on Saturday, Feb 13th. The Choke Team won four medals in the event: three golds and one silver. Michael Pedersen (Brown 76kg), Peter Månsson (Blue 76kg Junior) and Alexander Carlsson (White 76kg Junior) won their divisions, whereas Emil Mattsson got second place in his (Blue 69kg Junior).” 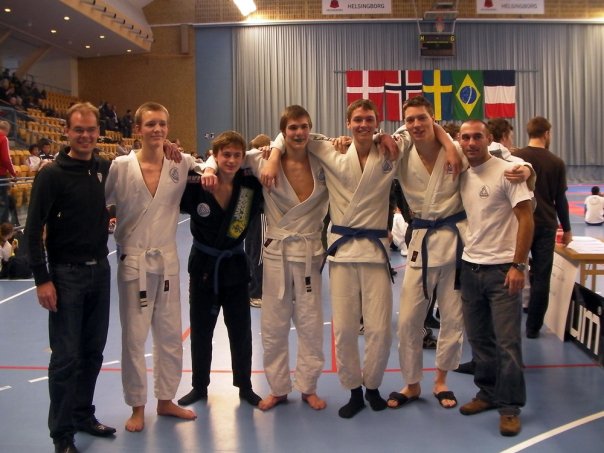 JP (far right) and his students in Helsingborg

Besides the medalists, Santos also congratulated the effort of his students: “It’s worth mentioning the efforts of Martin Mellemkjær, Simon Månsson, Gabriel Jacobsson and Nicolaj Garde, who was one of the favorites to win his division (Purple 88kg) but injured his knee in an accidental fall in the first seconds of the first match.”

For more info, go to chokeacademy.com.