The Brazilian state of Pernambuco, mainly the city of Recife and its outlying region, has already revealed some big names in the gentle art like Bráulio Estima and Otávio Sousa, among others. Another who has been standing out in competition at super heavyweight and looks to cause some trouble is Nova União black belt Bruno Novaes.

Get to know a bit about this beast of the mat in this GRACIEMAG.com interview.

2009 and 2010 were great years for me, with a number of CBJJ titles. I won the South Brazilian Open, South American Championship, won my second Brazilian Nationals and Rio Open, among other placings. I also did well at the World Pro tryouts. I took third at the Rio tryouts last year, when I was still a brown belt, and now in November I lost in the semifinal again. Then I got my black belt, competed at seven championships and only lost two. One I lost to Rodolfo Vieira and the other to Fabiano Boi, really tough athletes. I feel I’m on the right path.

What do you expect now as a black belt?

I have to train harder and better. I really want to be black belt world champion and I know that for that to happen it just depends on me and I’m doing all I can to make it come true. You’ll see, I’ll give everyone headaches. 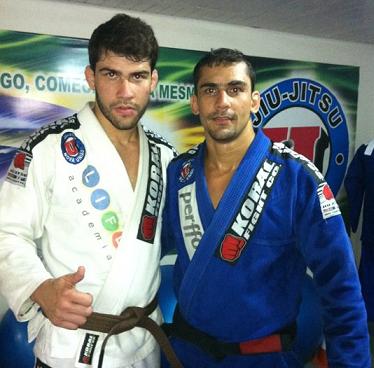 Bruno promoted brother Brenno, another talent about to take off, to brown belt. Photo: Personal archive.

When will you start competing this year?

This year is packed. There’s the World Pro tryouts, then I’ll go to Portugal for the European Open, rest a little, and then head into the Pan in April. After the Pan I’ll go to Portland with Ricardo Demente and train hard until the Worlds. By then I hope to be in great shape!

How is Jiu-Jitsu in Pernambuco doing?

This is a great breeding ground for aces of the sport. We have several top athletes in our state, from all the teams. Some stand out more, others less, but I can name a few, like Jollyson Francino, Victor Hugo, and Brenno Novaes, my partners at Nova União; Lucas Rocha, Salin Arruda, and Bruno Almeida from Gracie Barra; Thawan Ril from Nine Nine; Renato Castro from GFTeam; and Renato Cardoso from CheckMat, among others. Regardless of the team, a Pernambucan is always at the top of the podium at the big domestic championships! That’s great for the growth of the sport here. Now I can’t forget to mention Grandmaster Bráulio Estima, a spectacular guy, both as a person and for his Jiu-Jitsu, who is the pride of us Pernambucans! 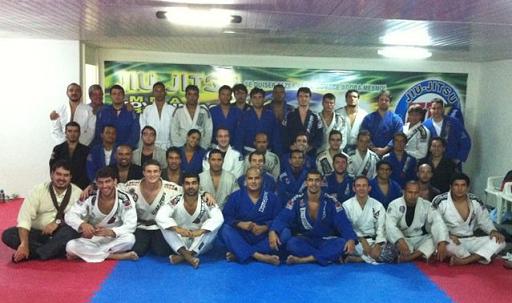