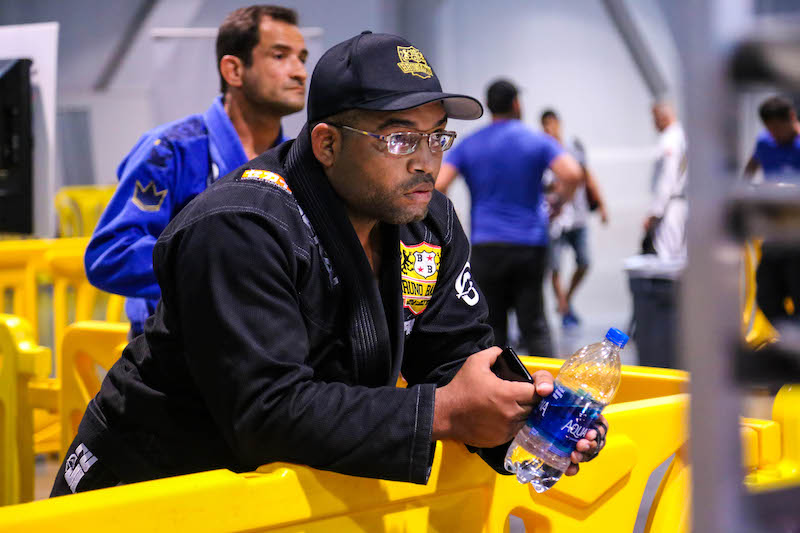 Bruno Bastos has been around the block. He has decades dedicated to BJJ, present at the biggest competitions, always an example of tenacity and persistence. From his 2013 Master Worlds title, he took seven years to win the same tournament.

This time, in December 2020 in Florida, the Brazilian — now living in Midland, Texas — seized the gold after beating Roberto “Cyborg” Abreu and three others.

“Despite having taken seven years to win the Master Worlds again, I was the champion of multiple tournaments during that time,” Bruno said in a recent interview. “I won the No-Gi Worlds, the gi and no-gi Pan, the Brazilian and American Nationals in gi and no-gi… The Master Worlds has a greater value, and on top of it being the performance of a champion, I paid the price to be the champion. There were times I had the performance of a champion but didn’t pay the price. I can tell you this cost me the title two other times, which are clear in my mind. I knew it was a question of coming in strong and having a champion’s performance.”

He then offered thoughts on what separates a merely good campaign from a champion’s campaign. “These are two very different things. Of course the negative result brings frustration, but it’s super-important to understand that only one person walks out with the gold medal. Regardless of winning or losing, on Monday I’m back to work.”

To achieve a champion’s performance, Bruno had to acquire new habits, especially in regard to his nutrition. This time, he hired a nutritionist to put together his food plan, which paid off handsomely.

“I believe the difference was in the lifestyle,” he said. “I’m in a very good place and I have always believed I could beat anyone in my division. It’s not what I ate, but how I ate. Ever since I started working with Nathália Chantre, I’m not just evolving on the physical side, but also learning more about nutrition and how my body reacts to the strategies she utilizes. Nathália is a sensational professional — there are no pre-made diets. Being with her today, I can say that every high-level athlete must have professional monitoring in their nutrition and supplementation. On my physical side, the person responsible for taking care of me is Jarret Jones.”

To wrap up, Bruno tried to explain what has caused the Master Worlds to go up in quality so dramatically compared to its first few editions. “I believe that, nowadays, the jiu-jitsu audience in general understands that the level is as high as the adults’. You see guys that win at the adults’ and lose at the masters’ all the time. The match duration, fight style and strategy are different. The adult division will always be the ‘Champions League,’ with more prestige. However, the results show that a high-level master competitor can hold their own again adult athletes or athletes still in activity amongst adults.”

The post Bruno Bastos explains difference between a good performance and a champion’s performance first appeared on Graciemag.