Brazil National Pro: know who stamped their passports for the 2016 WPJJC 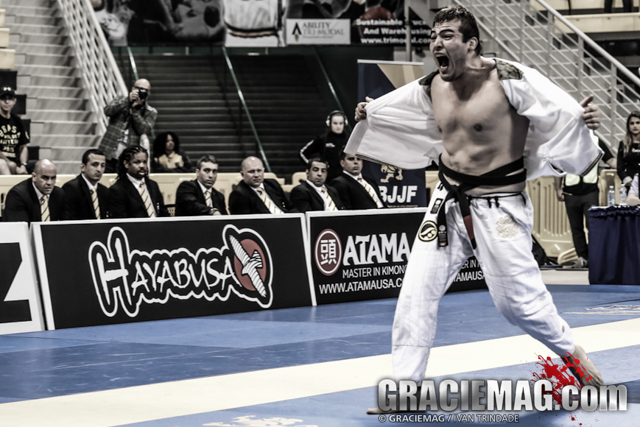 Differently from previous years, only the champions of the open class divisions (light and heavy).

Even so, the weight division were fiercely fought until champions were crowned.

On day 2 (Sunday), the two open class brackets played out.

Paulo Miyao had to fight five times until the final triumph in the light open class.

In the final, he beat Gabriel Rollo 4-2 for the travel package.

In the heavy open class, Gabriel Lucas made it to the top.

He beat Igor Tigrão with two guard passes for the gold medal and the stamp on his passport.

Another edition of the Brazil National Pro takes place Oct. 17-18, in São Paulo.

For the complete results, go to uaejjf.org.

The post Brazil National Pro: know who stamped their passports for the 2016 WPJJC first appeared on Graciemag.