Bráulio’s back and promises plenty action 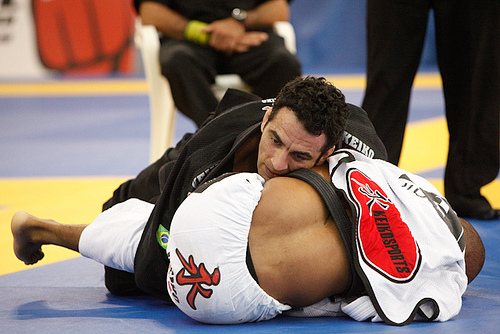 The winner of the under 88kg division at the last ADCC, Bráulio Estima will be Ronaldo Jacaré’s challenger this time around, at the upcoming championship this September in England. Shortly after winning the 2011 European Open the Zé Radiola black belt underwent surgery on his neck. Could that be a hindrance to him in his showdown with Jacaré?

In the following GRACIEMAG.com interview Carcará comments on his recovery, the challenge at the ADCC, addresses the subject of Rodolfo Vieira, and guarantees: Carcará will soon be back at full swing.

It was a lot quicker than I’d imagined. It’s been impressive so far. Two months after surgery I was already doing specific training. Now I feel I’m just as good as I was at the 2009 ADCC.

How is training going? Are you totally focused on No-Gi Jiu-Jitsu?

I started intense training a month ago. I did some strength training to get back to the shape I was in. My head’s in the right place, I’m feeling really well in No-Gi training both standing and on the ground. I’m back at my original weight (90kg). It’ll be great. I’m really excited about this match. 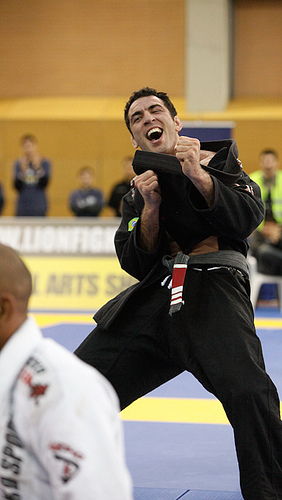 In your opinion, where is Jacaré most dangerous?

Jacaré is dangerous in several ways. He’s explosive, strong, and has quick and spot-on attacks. He wages war. My being an attacker too, I expect this combination to yield a lively match. I’m really anxious about this match; it’ll be a Jiu-Jitsu spectacle.

Are you thinking of competing at next year’s Jiu-Jitsu World Championship and other tournaments?

Yes, of course! I love competing; I just sat out the last few because I was injured. I won the Euro this year and got bitched out by my doctor because I was going to be operated on two days later. I had a good match against Sérgio (Moraes) in the final. For sure next year, with my neck good as new, Carcará will be back at full swing!

You were about to make your MMA debut. You still thinking about doing MMA?

I am. I train every week and the main reason behind my undergoing surgery was to be able to do MMA safely.

Rodolfo Vieira won his weight group and the absolute at all the big events this year. What do you see him doing that sets him apart?

He’s a born athlete, is very dedicated, talented, really well prepared, and he’s hungry to win – and that makes athletes dedicate themselves in training a lot more. He’s an excellent fighter and deserves everything that’s happening in his career. To be a champion you have to train intelligently. And, from the matches I’ve seen and the comments I’ve heard, he’s doing his homework just right.