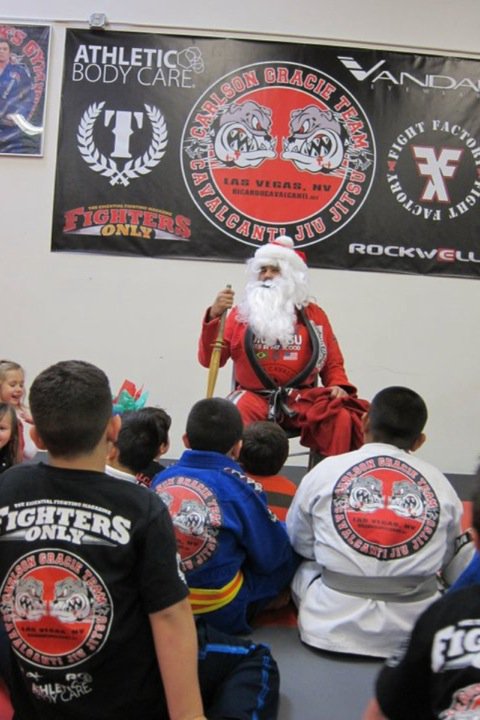 He promoted 60 students to new belts and degrees.

2010 was year of many victories for his team, as Ricardo tells us: “We won two consecutive Grappler Quest events and finished at the top three at NAGA Las Vegas. Other than that, the team was present in every big competition.”

The ceremony had a special guest.

Santa Claus dropped by for the joy of the kids.

His apeareance revealed that the old guy is also a BJJ black belt.

For more info, go to RCJIUJITSU.COM