BJJ: The RNC by Goiti Yamaguchi that put an end to an invincibility at Bellator 183 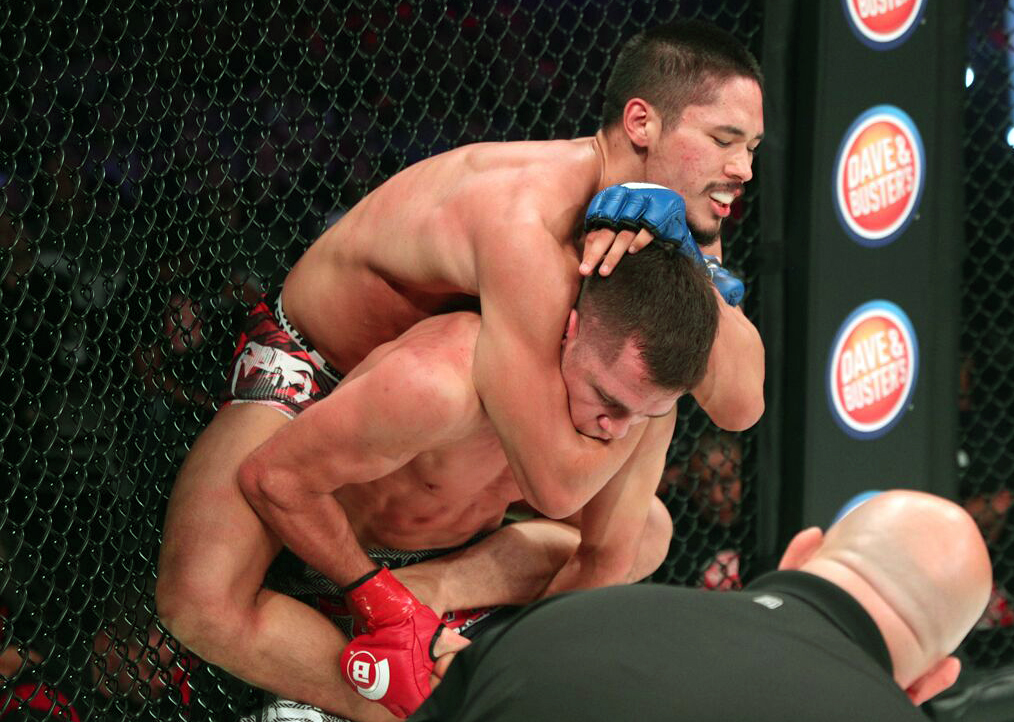 Goiti Yamauchi takes the back and subs Piccolotti in R1. Bellator

Another solid performance for submission artist Goiti Yamauchi at Bellator, the event that had its 183rd edition last weekend in California.  Yamauchi’s opponent, Adam Piccolotti, stepped into the cage undefeated and left with a loss dealt by good old BJJ.

After working upright with a nice kick, and attacking on the ground with a guillotine and an omoplata, Yamauchi seized Piccolotti’s waist from behind. From there, Yamauchi waited for the right moment to jump and squeeze his foe’s neck with a rear naked choke, thus securing the round-one win.

You can watch the RNC in the following video, and the full fight in the one after that.

The post BJJ: The RNC by Goiti Yamaguchi that put an end to an invincibility at Bellator 183 first appeared on Graciemag.