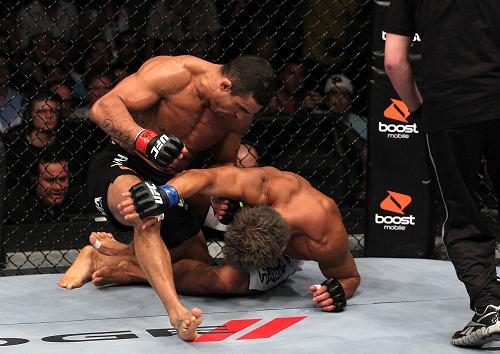 On a night replete with splendid knockouts, deciding who’s to take the 70,000-dollar best knockout prize must be a tough task indeed. This time it was Vitor Belfort’s, for his putting away of Yoshihiro Akiyama in just 1:52 minutes.

Now fight of the night honors went to the main event between Rashad Evans and Tito Ortiz, won by the former.

As there no a single submission emerged at the show, UFC president Dana White decided to reward Brian Ebersole. The reason: having quickly removed Dennis Hallman’s speedo from the television broadcast, as the knockout came in the opening round.