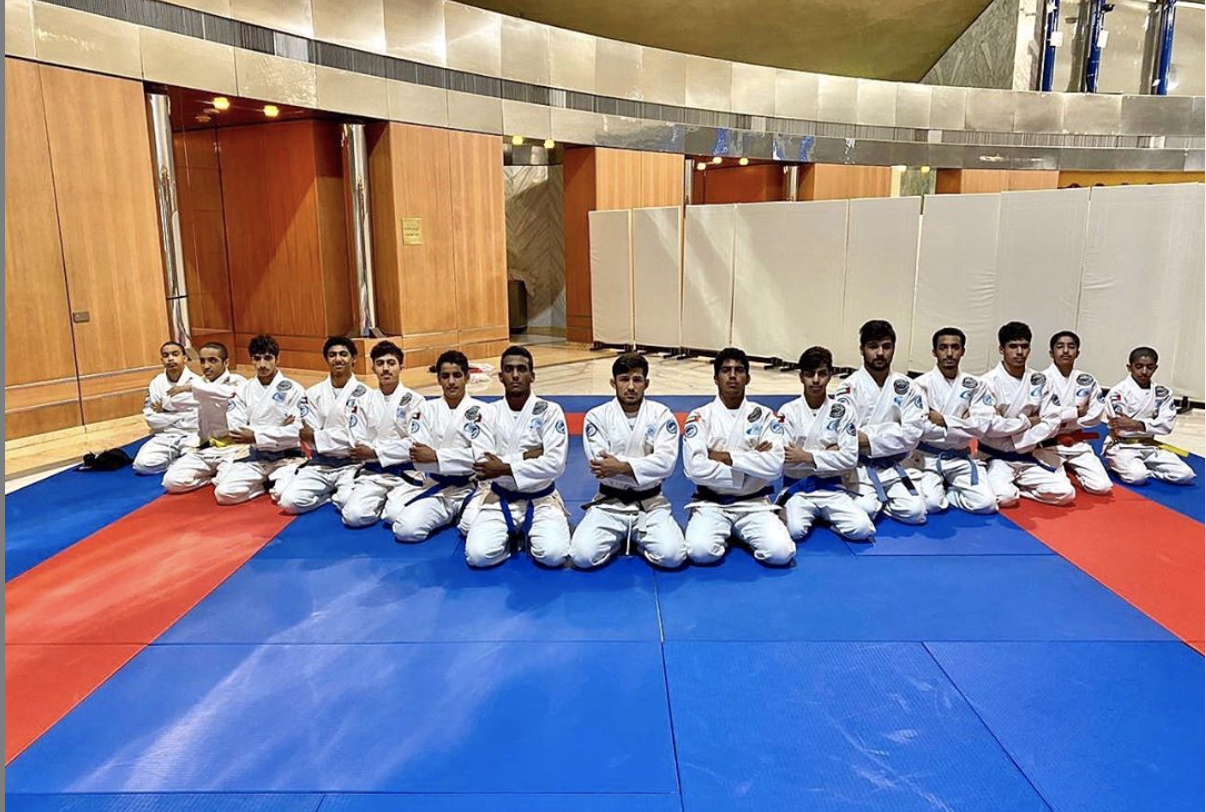 Pablo Mantovani and his students

The quarantine period has boosted the life of the young Pablo Mantovani, just 25 years old. Traveling to Abu Dhabi, the capital of the United Arab Emirates, where he was going to compete in the main tournament in the land of Sheikh Tahnoon, the World Pro, the Rio Grande do Sul native saw his life change quickly. Unable to return to the United States, as he still waits for the American embassy to open, he preferred not to buy a ticket to Brazil and wait out the period of social isolation in Abu Dhabi in search of a job opportunity, even with all BJJ training suspended.

Boasting titles in the IBJJF’s World Championship with and without gi, the Pan and the Brazilian Championship, in addition to gold medals in the ADCC trials and ACB tournaments (formerly Berkut), Pablo — formerly one of the main teachers at Atos San Diego, a school run by André and Angélica Galvão in California — was given an opportunity to run a jiu-jitsu club.

“I came here to fight, but it turned out that the coronavirus changed plans around the world,” he said in a recent interview. “With the quarantine, I was unable to return to the United States because of my visa, which was still in process, and I did not want to go to Brazil, because I knew it was not a good situation. Here, in the United Arab Emirates, the situation is calm and we athletes know that the country values BJJ a lot. Sometimes you can teach at a military base, at a college or even at a club. Thank God the opportunity came at the right time, because I was looking for a way for my work to gain notoriety and I had nothing. A lot of bad things were happening in my personal life, financially and otherwise, and when I went to see they said they needed a head coach at Baniyas Sport Club. I accepted that opportunity and I thank God that he is so good to me. The club, the structure, the athletes… Everything is exceptional. The young athletes here will be adults of the highest quality in Jiu-Jitsu.”

Upon his arrival at Baniyas as a teacher, Pablo spent almost a month confined in a hotel to take part in training sessions only for Abu Dhabi clubs. Everything followed World Health Organization protocols, with all participants tested for the coronavirus. The objective was to disseminate the sport and share Pablo’s vast experience.

“It was an incredible experience to live this here,” Pablo said. “Practically, our routine was to wake up early to drink coffee and train, then I’d go back to my room to rest and before lunch I had another technical training session in Jiu-Jitsu. At night, in the day’s last class, training was more demanding. We had gi training, coupled with very professional physical preparation. On weekends, we played video games or soccer when there were no championships. I had the opportunity to lead my students in an internal championship that took place inside the arena where the World Pro is held, and they did very well. They all destroyed the competition. Almost everyone became champion, something absurd; I was very happy with the performance.”

A Jiu-Jitsu practitioner since the age of 8, Pablo is happy to be valued for his performance in the sport. Now, it is even possible to change the life of his family, especially his mother, an important pillar in the young champion’s career.

“It was worth it every time I gave up something because of Jiu-Jitsu,” he said. “While I didn’t earn money from the sport, I knew that Jiu-Jitsu was my job since I was a blue belt. As a purple belt, one notch above, I started to earn some money in championships. But in the beginning I went a long time without making a dime. I always had in mind that when I was training I was really working and one day it would be rewarded. Every day that I was tired, every day that I saw my friends going out, the time that I saved money to travel, it was worth it. I slept early, studied and trained every day, apart from weekends, to compete. I have always lived Jiu-Jitsu 100% and this investment has now paid off.”

Pablo added: “With each step you take in life, the responsibility is greater. You can’t settle, because when that happens, that’s when you get into the trap of success. Now it’s about continuing to do a good job. I will be able to help my family. Jiu-Jitsu is highly valued here. I know everything you do well, you will get something in return.”