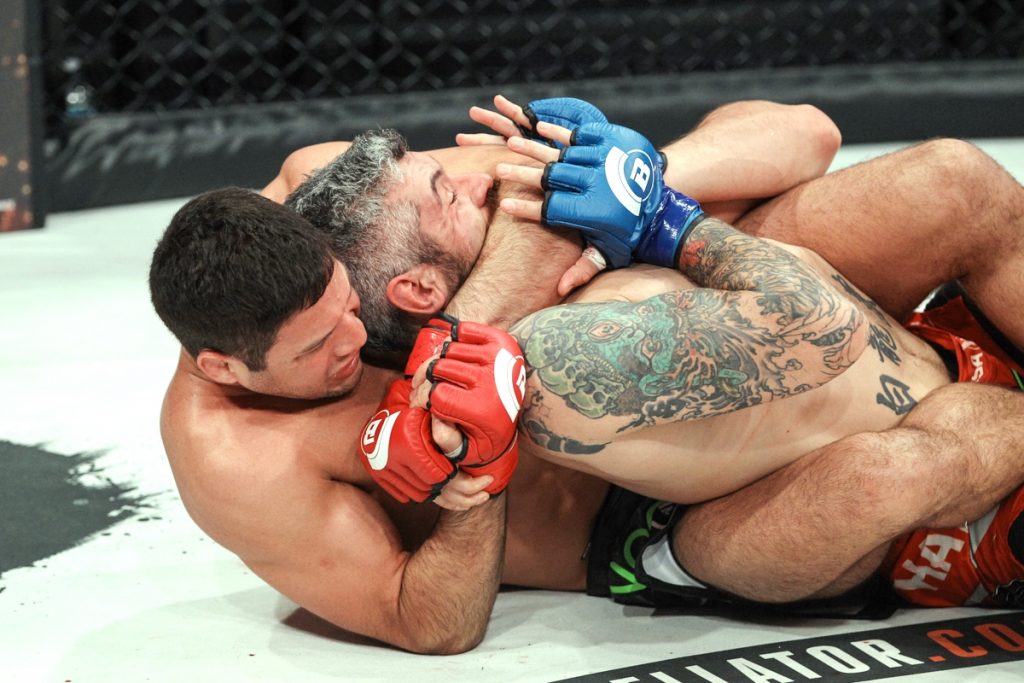 Undefeated in MMA with six finishes and one decision win, Neiman Gracie again put his BJJ to the test in Bellator — this time at event No. 185, held this Friday in the U.S.

His opponent, an experienced Zak Bucia, was no noob on the ground. Out of the 18 wins achieved in his 26 bouts, nine had come by submission.

After working around the mesh and foiling Bucia’s guillotine attempt, Gracie achieved a double-leg takedown. Bucia got up right away, but, as he tried to stop a new takedown, he wound up being surprised by a quick back-take.

On the ground, Gracie tried for a choke, but Bucia lowered his head, stopping the RNC. Without hesitation, Gracie invested in the chin, squeezing with all his might and making Bucia tap out from the enormous pressure.

Watch the move play out below. And read Neiman’s proud dad talk about his journey in the sport.

The post At Bellator 185, Neiman Gracie scores another submission first appeared on Graciemag.