Andre Galvao: “My Biggest Accomplishment Is Choosing BJJ As My Art”

Known to be one of the greatest competitors in Brazilian Jiu-Jitsu, Andre Galvao is decorated with titles such as 3x World Champion, 8x Pan American Champion, and 2x ADCC Champion under his belt. He also holds an MMA record of 5-2-0 and developed one of the strongest jiu-jitsu teams at Atos Jiu-Jitsu Academy, which he still leads today. Besides that, Galvao is the author of Drill to Win: 12 Months to Better Brazilian Jiu-Jitsu. So maybe you can consider picking up a copy if you want to move like him!

Interested to find out more about Galvao’s journey? Today, Evolve Vacation speaks to him and finds out about his biggest challenge, accomplishment, and future plans.

How and why did you start martial arts

I’ve always liked sports. I started off doing judo because of my brothers. The place I used to train at also had Brazilian Jiu-Jitsu, so when I was around 12 or 13 years old, I tried a class after my oldest brother invited me to join him. I liked it a lot, and have been doing it since.

I truly enjoy doing Brazilian Jiu-Jitsu. I don’t appreciate other kinds of martial arts as much as BJJ, although I’m sure each of them has their own set of benefits. So I would say my favorite thing is BJJ.

My biggest challenge would be at the beginning of my martial arts journey, when I was training to be a champion – without money and support. It was rough, thank God I overcame it.

What do you consider your biggest martial arts accomplishment and why?

I consider my ADCC titles a big accomplishment, but I believe the biggest one was choosing BJJ as my art.

Looking back on your martial arts journey, if there’s anything you could’ve done differently, what would it be? 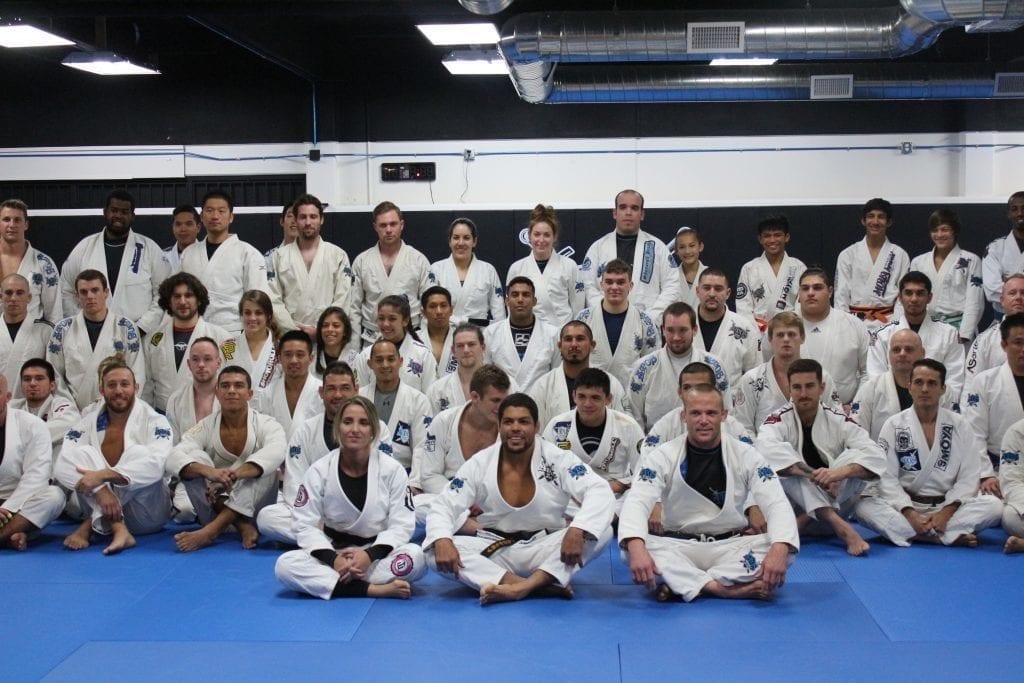 What do you believe are the main benefits of training martial arts?

A lot of things change. There are a lot of benefits – you lead a healthy lifestyle, get fit, learn about respect and leadership, improve your co-ordination, pick up self-defense, build your confidence, grow from your losses and challenges, and help others along the way.

What advice would you give to someone beginning their martial arts journey?

Just train and enjoy it, make friends, and don’t quit even when things get hard. Be ready to learn with everyone, and stay humble always.

Who are some martial artists you admire?

I don’t have one. I’ve met a lot of great martial arts, and I try to learn from each and every one of them.

You’ve won practically every tournament there is to win in BJJ. What keeps you motivated to continue competing?

I’m still learning, and staying healthy. I like to challenge myself and try to be a role model to everyone. My goal is to positively impact the lives of others, and show them that it’s possible to achieve anything if you trust and are honest with yourself.

A few years ago you lost everything in a house fire. Do you feel your martial arts training helped you deal with such a setback?

I lost a lot of things. But BJJ helped me to recover from that and allowed me to build my future. I think my faith in God also filled me with hope, and was a constant reminder that things would eventually be okay. I used my skills to work hard and my faith in Jesus to believe that everything would be fine.

BJJ is growing everywhere. You can see it in movies, TV shows… There is BJJ everywhere I go! It’s growing a lot.

Your wife Angelica is also a BJJ World Champion. What is it like being able to share and experience each other’s martial arts journey?

My wife is the most supportive person in my life. She always helps me, and sharing the mats with her always makes my day amazing. I love her so much. The way she takes care of me is unbelievable – I wouldn’t have gotten to where I am today in BJJ without her.

Would you like your daughter to follow in you and your wife’s footsteps and become a professional BJJ athlete?

I wouldn’t force her to do that. Whatever she chooses to do, I’ll give her 100% of my support as a father.

Do you have any future plans? Where do you see yourself in 10 years time?

10 years is a long time! I think I’ll be teaching, building up fighters all over the world, having schools, and working to make BJJ better for everyone. I believe I’ll achieve many things as a coach and president of Atos as I did as an athlete.

The post Andre Galvao: “My Biggest Accomplishment Is Choosing BJJ As My Art” appeared first on Jiu-Jitsu Times.