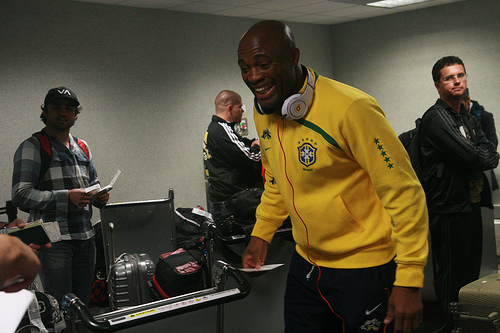 The longest-running champion of the UFC, Anderson Silva is the latest athlete to be sponsored by fast food chain Burger King in Brazil.

The contract between the king of the octagon and the “king” of burgers, lasting till the end of 2011, was sealed by 9ine, the sports marketing firm belonging to former soccer star Ronaldo, which has managed the fighter’s image since February this year. The campaign, created by Ogilvy & Mather, will start running next month.