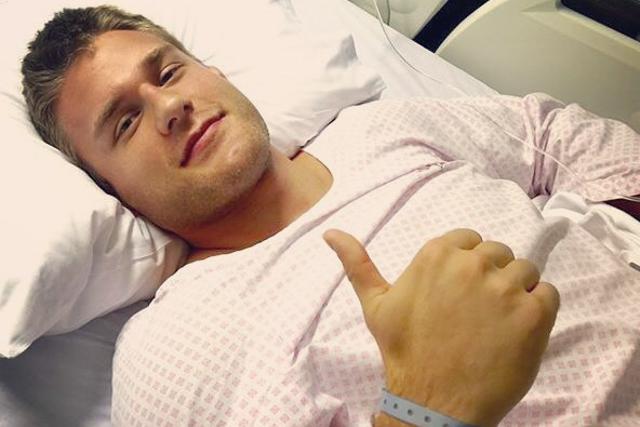 Another big name in Jiu-Jitsu went through a knee surgery recently.

The 2014 European black belt open class champion Alex Trans posted this Wednesday on his Facebook page that he had a procedure to reconstruct the anterior cruciate ligament of his right knee.

Trans also had some fixing done to his meniscus.

He commented on his recovery: “I’m going to be out for a few months but I’ll be back competing next year, can’t wait to be back!”

Trans sustained the injury at the quarterfinals of the ultra-heavyweight division at the 2015 Worlds.

At the beginning of the match against Rodrigo Cavaca, the Dane twisted his knee on a set up to the 50/50 guard.

The injury prevented Trans from competing in the open class final against Bernardo Faria and later on sidelined him from the 2015 ADCC, to which he earned a spot after winning one of the European trials.

The post Alex Trans has surgery to reconstruct ACL of knee injured at the 2015 Worlds first appeared on Graciemag.