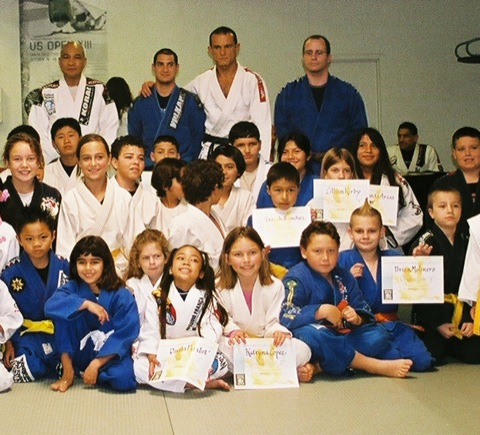 Energies replenished following a surf trip to El Salvador, Claudio França had even more to be pleased upon his return to California. At the No-Gi Worlds, the teacher some his young students take third in the overall juvenile team contest. American Top Team won the division, with Santa Fe BJJ in second.

“All the kids who went earned medals. That’s great incentive for the guys who are just starting out in competition,” he said in jubilation.

At the event, each of the academy’s black belts will share his favorite technique with participants. Furthermore, there’s a drive to collect toys to be distributed during end-of-the-year festivities.