20 years ago: the breathtaking duel between Nino Schembri and Margarida 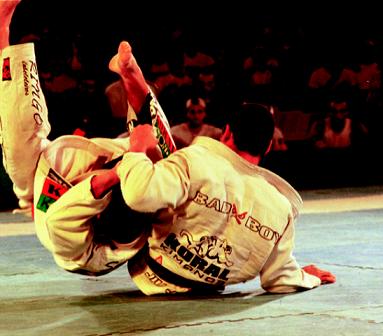 Today we go twenty years back in time to remember the main event of Taça da Amizade (‘Friendship Cup’), held in the year 2000.

The tournament, which featured matches between athletes of the Rio–São Paulo axis, ended with Nino Schembri vs. Fernando Margarida. Each of the two was in his prime.

This was a fast-paced encounter, with attacks being launched by both sides throughout. In the end, Rio’s Schembri prevailed.